The Dutch farmers were once on the forefront of exporting crops and agricultural products, but where do we stand today?

Many years ago, greenhouses were considered to be an iconic appearance in our historical landscape, but in our current lives, greenhouses are a long-lost memory. We no longer live and farm on the long-stretched lands that the Netherlands used to possess, but are now farming close to home within cities with H.O.U.S.E. farms. Due to the flood Mia in 2065, where we lost a significant portion of our cherished lands, the Dutch square meters rose in value instantly which influenced the importance of and interest in the wide range of possibilities of H.O.U.S.E. farms.

Even before the flood, the Netherlands was a rather small country, but even so, the Dutch farming sector played an important role on the global food market for decades. We once perceived innovations, such as greenhouses, as clever solutions to cope with the limited space available. Nevertheless, as we all know now, these innovations contributed to climate change. To tackle the food and land shortages that arose after flood Mia, Dutch farmers started to explore options to evolve vertical farming into a more efficient and faster way of growing crops.

The foundation of vertical farming origins from the late 20th century and was created by professor Dickson Despommier, who defined vertical farming as ‘’Vertical farming is a method of growing crops indoors, usually without soil or light, in beds stacked vertically in a controlled-environment building” (Despommier, 2010). Thus, the potential of vertical farms has always been evident. Nevertheless, the agricultural-revolution of 2066 completely changed our view on its possibilities, when technological implications led to the development of self-sufficient, smart and sustainable vertical farms. 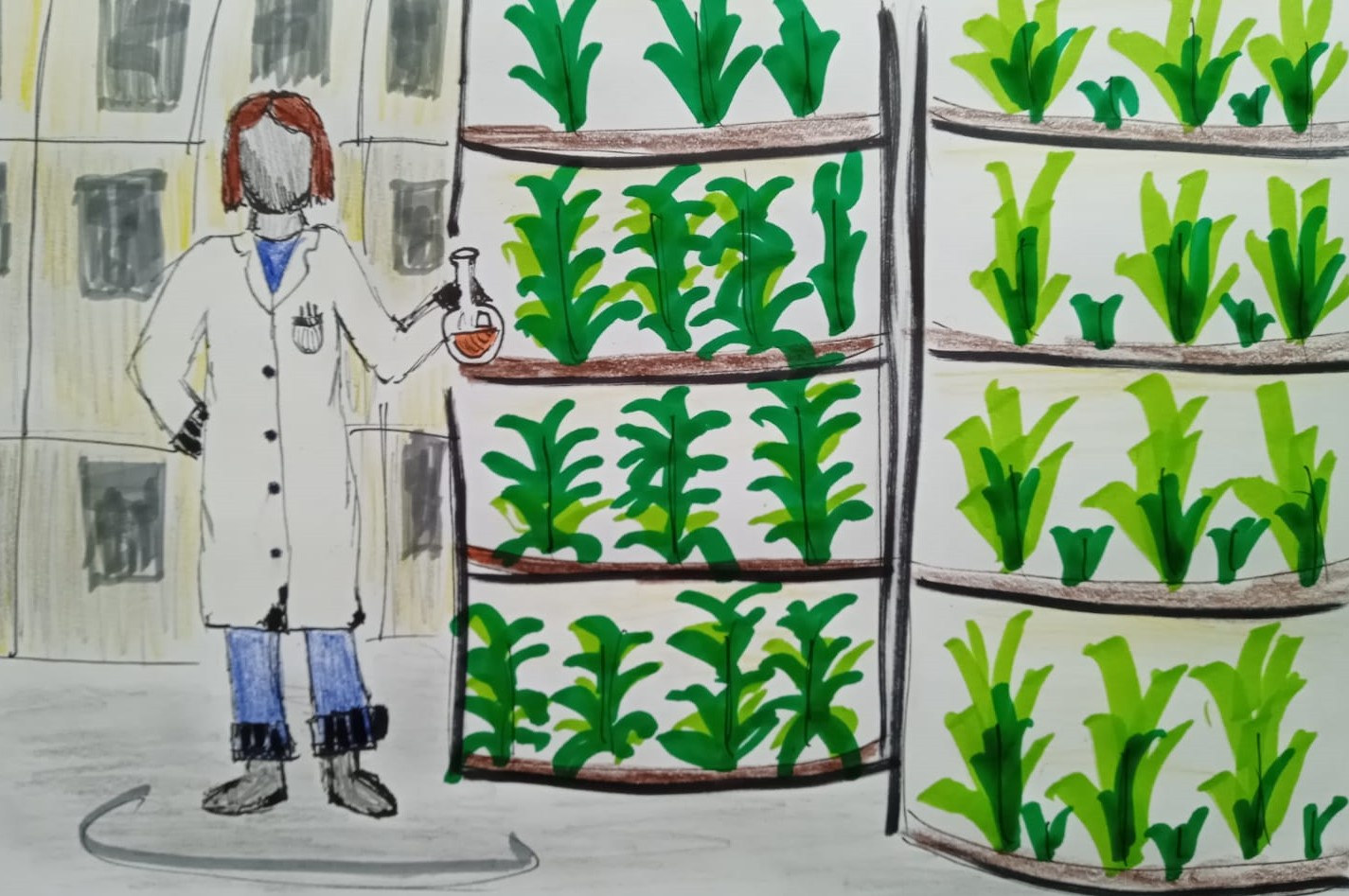 Image 1: Sketch of a farmer in the vertical farm 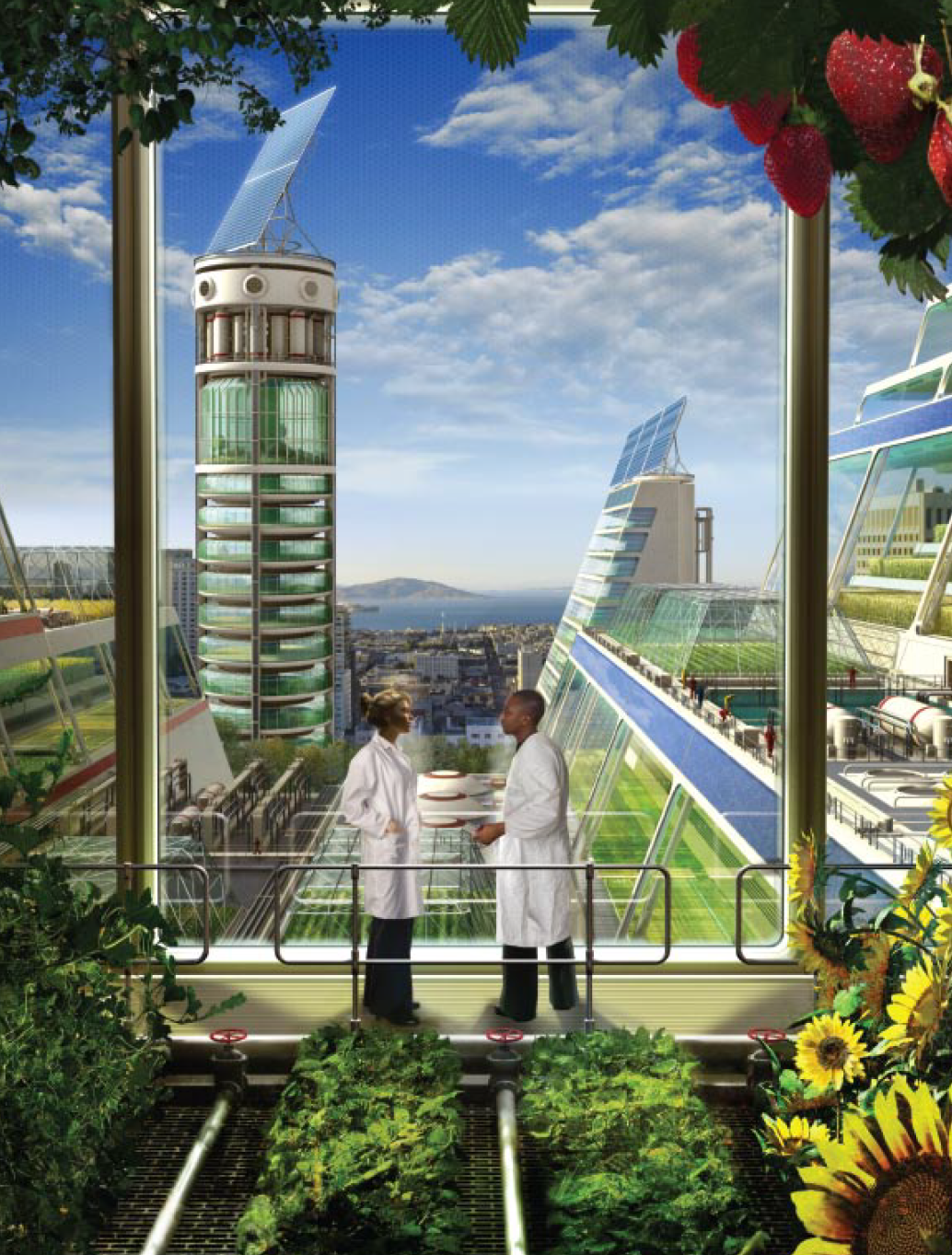 Image 2: Farmers inside the vertical farms 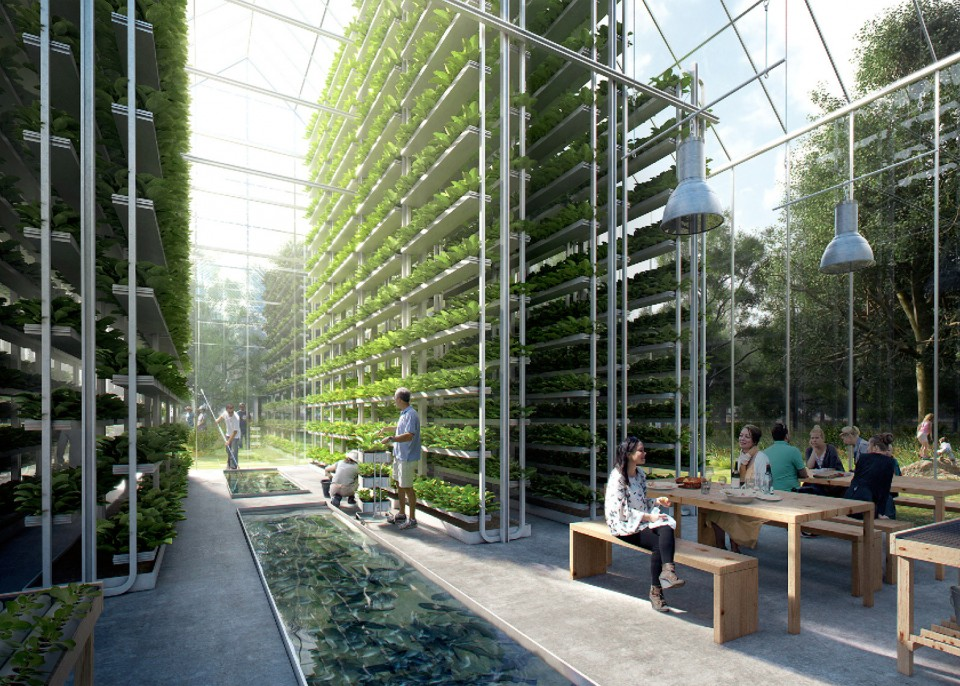 To effectuate the transformation from vertical farms to H.O.U.S.E. farms, farmers and experts assembled within the Future Farmers Force (FFF). We, the FFF, are nothing like our grandparents who could be recognized by their blue overalls and wooden clogs. Over the years, farming became a very specific type of science. We are not working directly with the crops anymore. Instead, we are responsible for the implementation of the high-tech applications that are the foundation of the H.O.U.S.E. farms.

The evolution of the H.O.U.S.E. farms was challenging with many setbacks, but finally in 2067, the FFF found a way to speed up the process of growing and harvesting crops, minimizing the growth duration of certain crops, such as tomatoes, to only two weeks. Shortly after, in 2068, the big breakthrough of self-sufficient farms was realised, resulting in the widespread of H.O.U.S.E. farms across cities in the Netherlands and even Europe. The high-tech knowledge led to the creation of plants that know when to water and feed themselves.

On top of that, the plants sense what crops to grow, based on the season as well as demand of the residents in the building. A result of H.O.U.S.E. farms is that it prevents overproduction as it aims for reaching the break-even point. But that is not all. The H.O.U.S.E. farms are equipped with processing stations that immediately turn the crops into a certain product. These products, as well as the crops, can be ordered via the H.O.U.S.E. app in the citizens' fridges, and are delivered to your doorstep by Drone.

The H.O.U.S.E. farms are located in various buildings, ranging from buildings solely focused on farming to buildings with living areas that include smaller farms. Our cities are designed to manage and store salt water from the sea and prevent any form of flooding. This water is also used to water the crops. The first two levels of a building consist of salt-water farming whereas on the top floors, crops that cannot be watered with salt water are grown.

Other levels of the buildings are committed to anything; shopping, education, leisure activities or housing. Next to this, due to the densely built cities and H.O.U.S.E. farms, the areas surrounding the cities were given back to nature and the once lost biodiversity flourished again. The strict divide between nature and urban areas is a fairly recent development, previously, nature was largely exploited by humans. The way the relationship between nature and cities has changed during the past decades is displayed in image 3.

Image 3: agricultural transformation in the Netherlands

Due to the limited space and focus on the break-even point, the historic export-levels of agricultural products were and never will be reached again. Nonetheless, the Dutch are able to remain an important factor in Europe due to H.O.U.S.E. farms, the work of the FFF and the knowledge that comes with smart farming. The expertise from the Future Farmers Force was rewarded with the Nobel Prize on 22 of February, 2080. 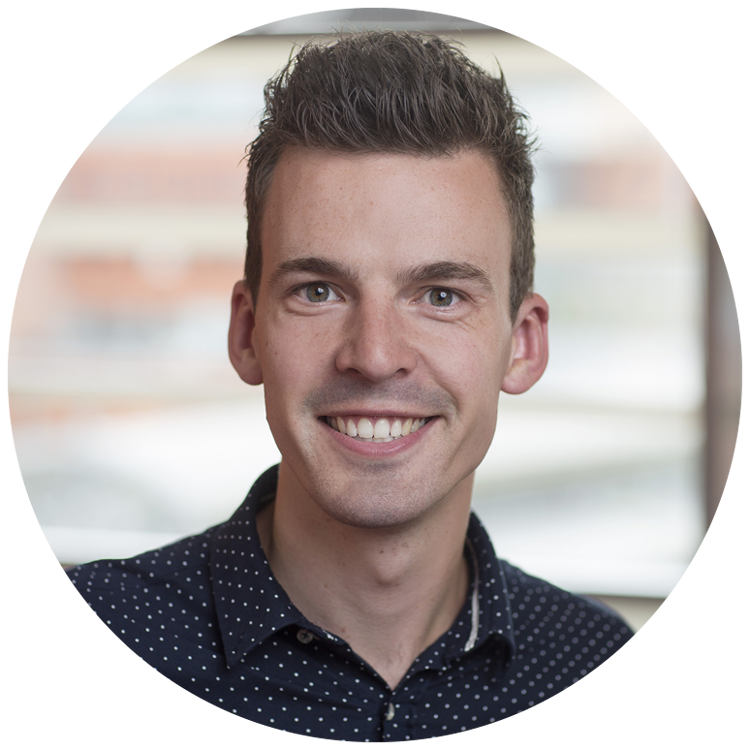 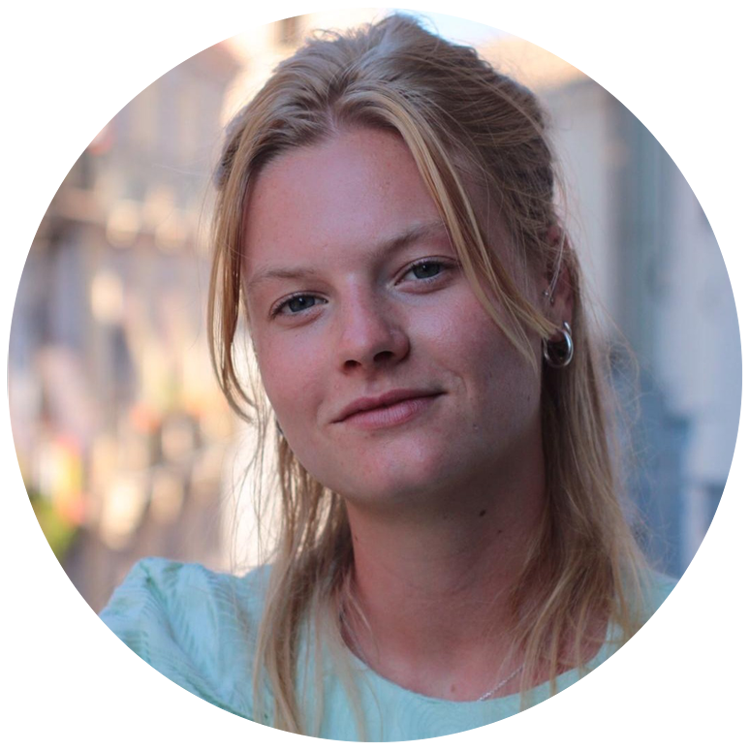 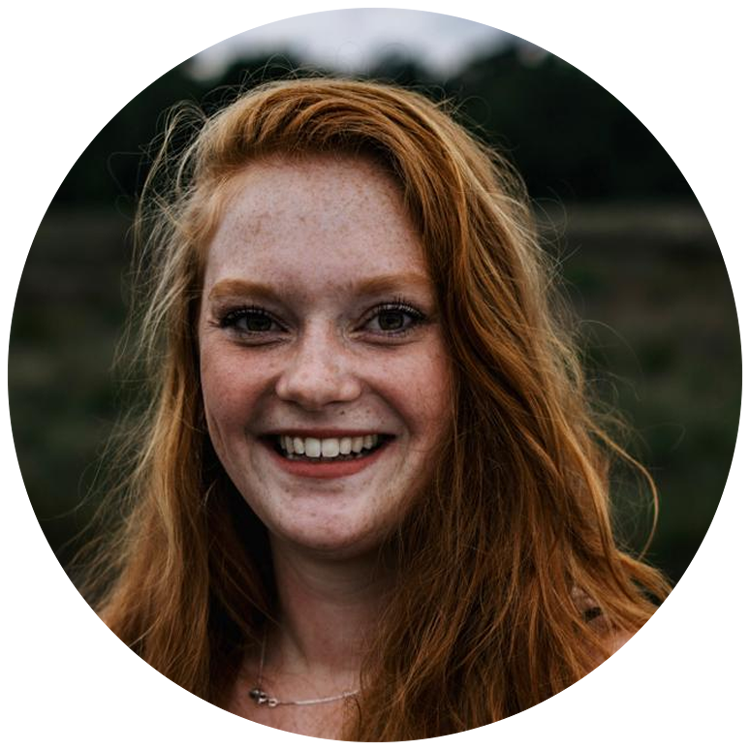 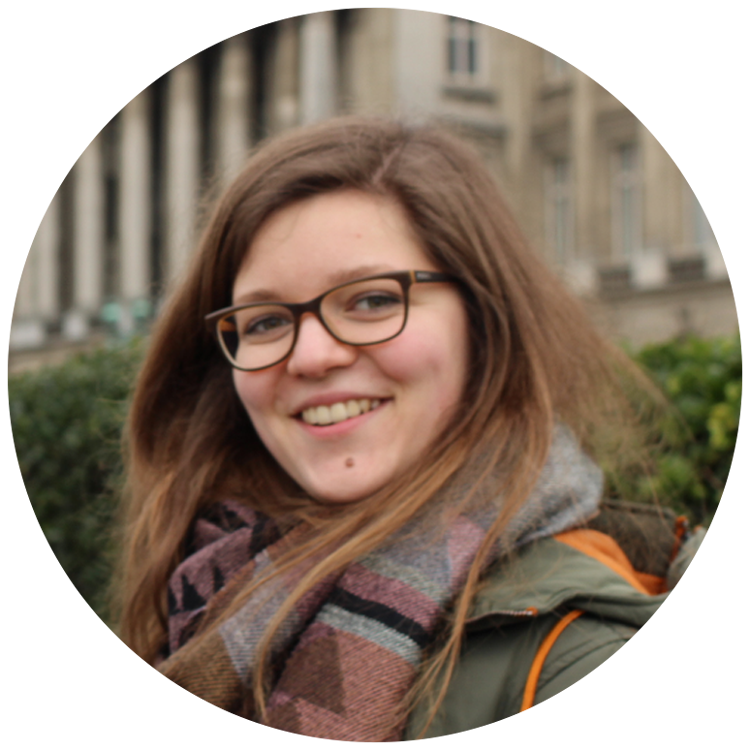